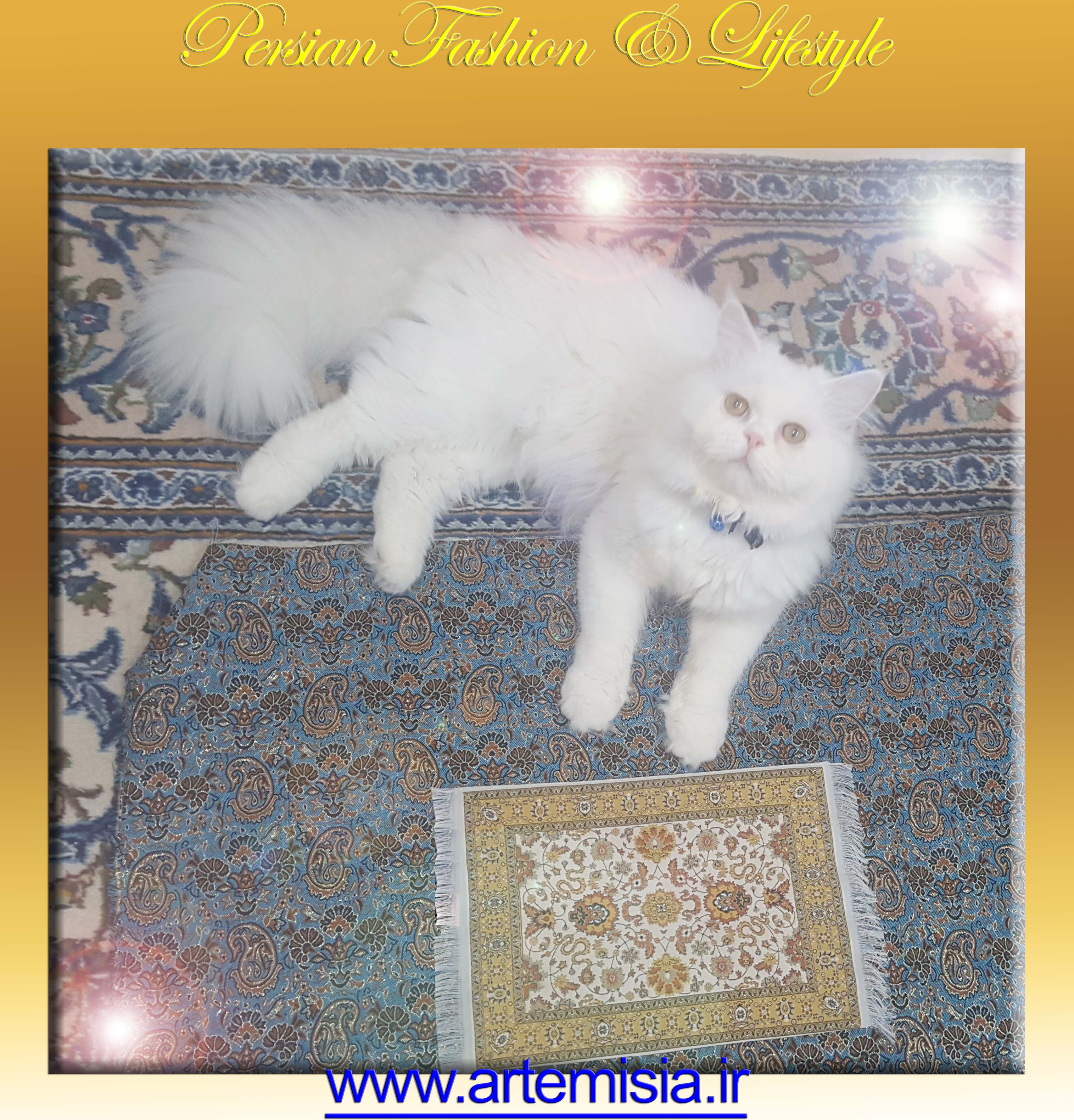 A brief history of the Baharestan Carpet:
Baharestan Carpet, a legendary masterpiece mentioned in Persian manuscripts of the sixth century AD.
Behind every knot of a Persian carpet, there’s a long history going back to thousands of years, that’s the reason why Iranian carpets have always intrigued historians, orientalists, as well as anthropologists. Historical records indicate that the Achaemenid court of Cyrus the Great (600 BC or 576 BC–530) at Pasargadae was decked with magnificent wall-to-wall carpets.
Today, the designs of the many Persian carpets named Baharestan are inspired by the original Baharestan carpet (meaning the spring carpet) The Baharestan Carpet, also known as Bahar Khosro and Bahar-e Kasra was a historical object commissioned by Sassanian king Khosrow Anoushirvan (531-579), specially made for the main audience hall of the Sassanid dynastic imperial Palace at Ctesiphon, in the province of Khvarvaran, near today’s Baghdad.
Reports of its actual size of the Baharestan Carpet differ; however many believe that the Baharestan Carpet was 140 m long and 27 m wide. Woven using silk, gold, silver, and precious stones, the carpet depicted a splendid garden akin to Paradise with embossed images. In 637 AD with occupation of the Iranian winter capital, Ctesiphon (known to Arabs as Mada’en), the Baharestan carpet was taken by the conquerors, cut into small fragments and divided among the victorious soldiers as booty. Thus unfortunately no originals from this early golden age of carpet-making in Persia have survived.
In the History of the Prophets and Kings by the famous historian Muhammad ibn Jarir al-Tabari, he recounts the measures of the Baharestan Carpet to be 450 Qadam by 90 Qadam.
According to the book Habib al-Siyar, by Muhammad Khwandamir ((1475–1534), the measure of the Baharestan Carpet were 60x60 Gaz, each 10 Arsh was adorn with green emeralds, red rubies, blue sapphires, yellow sapphires. A total of 900 camels were used to transport the pieces of the precious carpet to the city of Medina, seat of the third caliph Omar Khattab. After cutting and distribution, each piece was measuring around 40x40cm. One piece given to Imam Ali was sold for 20,000 Dinars.
According to historians, the famous Taqdis throne was also covered with 30 special Baharestan carpets representing the 30 days of the month and four other carpets representing the four seasons of a year.
The Arab assimilation of the Persian community began by destruction of books and artworks which left a big scar on the Iranian historical memory.
Many centuries later, the Baharestan Square in Tehran hosted the first Iranian Parliament (Majlis) after Iran switched to Constitutional Monarchy following the Persian Constitutional Revolution (1905–1907).
Hand-woven carpets remain an inseparable part of Iranian lifestyle despite economic factors and hardships. Many Iranian artists designed and produced carpets named after Baharestan according to their own imagination and concept of the legendary Baharestan Carpet.
In 2007, the largest hand-woven carpet entered Guinness World Records measuring 5,630 m² (133 meters long and almost 48 meters wide) the giant Persian Carpet was manufactured by the Iran Carpet Company, designed by Iranian artist Ali Khaliqi and produced by 1,200 Iranian weavers. It was created for the Abu Dhabi mosque, UAE.
The carpet was created in 9 parts and assembled in the mosque. The carpet would have been around 6,000 square meters originally, but parts of it had to be taken away in order to fit it onto the floor in the mosque.
Iran is the world's largest producer and exporter of finest handmade carpets, generating three quarters of the world's total trade. Iran-made Persian Carpets carry the kind of love a true lover dedicates so that the loved one can enjoy the comfort, beauty, softness, warmth and a unique kind of devotion.
In 2013, Iran Mouse Pads ( http://mousepads.ir ), introduced a limited edition Persian carpet mouse pad named Baharestan which became very popular due to its beautiful design and joyful colors. For purchases and special orders please check out the link below:
http://mousepads.ir/Pdata_fetch.php?language=English&productid=764

No customer reviews for the moment.